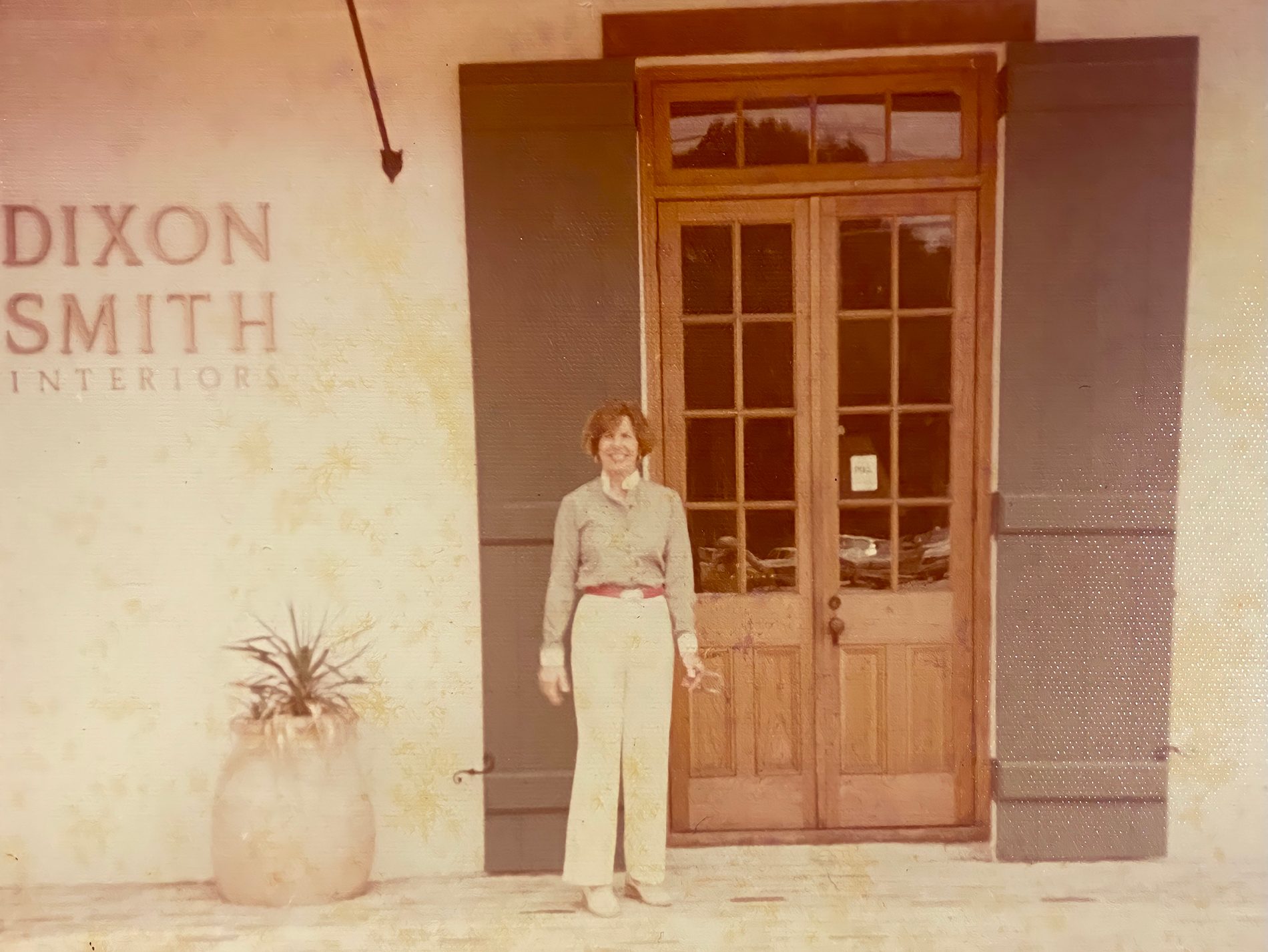 
A dream and a passion for design, that’s what Francis Dixon Smith took with her when she gathered her life savings and headed to Europe in the late 1940s to purchase antiques for the first time. Her dream was to open a small design studio in Baton Rouge where she would use her knowledge of antiques and love of clean lines to create a studio that would embrace the old-world look with a clean, modern feel. Unsure of the details, Dixon knew she would make it happen.

Her dream came true in 1950, but not after overcoming some challenges of the times. Faced with the uphill battle of being a woman trying to secure a business loan in the male-dominated world of banking, a friend suggested she apply as Dixon Smith instead of Francis. The idea was that she would have a better chance of being approved for the loan if the bank thought the application was from a man. She did and it worked.

Dixon Smith Interiors opened its doors as a design studio on St. Charles Street in downtown Baton Rouge. The studio thrived in that location until 1970 when it moved to its present location at 1655 Lobdell Avenue. With the new location, Dixon knew she needed a building that would reflect the style, character and reputation she had built through the years.

To achieve this, she enlisted the services of a family friend and renowned Louisiana architect, A. Hays Town. With Dixon’s input, Mr. Town designed the space to have large open areas that easily flowed from one section of the building to the next, a unique design for the times.

Fast forward 50 years, and the historic building continues to reflect the very essence of Dixon and her vision as it remains in the family with Dixon’s son, Jim Smith, now at the helm.

Even so, following in his mother’s footsteps was not a foregone conclusion for Jim. After receiving his bachelor’s degree in finance from Louisiana State University, he immediately set his sights on becoming a ski instructor in Aspen, CO.

“I quickly realized that Aspen didn’t need a Louisiana ski instructor, so I headed back home,” said Jim.

When he returned, Dixon was looking for a delivery driver for the studio but was having a hard time finding a permanent hire. So, in the meantime, she asked for Jim’s help until the position could be filled.

“Initially, I was only supposed to work for a few weeks,” noted Jim. “Here it is 44 years later, and I am still the delivery guy, so to speak,” he said with a wink and a smile.

Under Jim’s leadership, Dixon Smith Interiors has evolved from an antique and design boutique to a full-service interior design studio with high-end product lines and three talented and experienced designers.

While it may not have been part of his original plan, Jim has found both personal and professional satisfaction in the path he chose. He takes pride in the fact that even after all these years, Dixon Smith Interiors is still delivering for its clients. “It is such a great feeling when we work with a client and create a space in their home that makes them feel good and they love to live in every day,” said Jim. “There is a sense of connection when we work with people throughout the different stages of their lives. It is a great feeling to know we are a part of their journey.”

Jim is not alone in his pride and passion for the work he does and the experience Dixon Smith Interiors delivers for its clients. He works with a talented team of designers including David Coco, Joel Fazende and Hilary Smith Kennedy, Jim’s daughter.

Long before embarking on his journey as a designer at Dixon Smith, David Coco knew the Dixon family, crafting mantel designs and other pieces for the design shop while working at his family’s millwork company. After his family closed the doors to their business in the ‘80s, David received a life-changing voicemail. It was a job offer from Jim to join the Dixon Smith team. Having worked with Dixon Smith in the past, David knew the quality they expected and saw this as a great opportunity to continue to create and utilize his design skills. His ability to bring a client’s vision and taste to life in unique ways is a hallmark of his style and approach.

Joel Fazende’s journey to join the Dixon Smith team began on the campus of Louisiana State University during Career Day, where he was introduced to Dixon. Later, accepting Dixon’s invitation to visit the store, Joel was surprised when she asked him to help her design and set up an antique show she was planning. Extremely impressed with his style and insight, Dixon asked Joel to join the design team. Having worked alongside Dixon for years, Joel continues to incorporate her ideals of quality, comfort and style into the company’s design aesthetic.

Perhaps no one feels more connected to Dixon Smith Interiors than Jim’s daughter, co-owner and designer, Hilary Smith Kennedy. For as long as she can remember, it has played a major role in her life.

“When I was a little girl I viewed the studio as my playground,” said Hillary. “I would pretend to be Dixon, getting lost in the fabric samples. It felt like a magical land that was always changing with beautiful things everywhere.”

Even though she left Louisiana to attend college, Hilary never forgot the wonderful memories that were part of growing up in her grandmother’s studio. While living in England, she joined her father, Jim, who was there on a buying trip for the store. “I became so fascinated with the process,” said Hilary. “It was incredible to learn the history behind the pieces and understand why some were chosen over others and how they all worked together.”

Returning to the states, Hilary earned her master’s degree in accounting and started to build a career in Nashville, TN, but the design bug had bitten hard. “I knew I had a love and passion for interior design and wanted to get back home, but I just wasn’t sure how I would fit into the family business,” said Hilary. After mulling it over for several days, she decided to call her dad and tell him about her plans.

“I’m sure many parents can relate. It’s the phone call you’re always hoping for, but you never expect,” said Jim.

That phone call led to several more discussions and soon Hilary found herself back in Baton Rouge and back in the studio that was once her playground. Since returning, she has immersed herself in the business and has never looked back.

As Jim and Hillary plan for the future of Dixon Smith Interiors, they have no intention of straying from Dixon’s original design style of clean lines for beautiful and comfortable living. It’s evident the minute you step into the stunning 10,000-square-foot showroom. Filled with a combination of traditional and progressive styles, the layout and design of the pieces is a tribute to Dixon’s vision and legacy.

Even though the industry is constantly changing and styles come and go, one thing will remain the same – Dixon Smith Interiors will continue to provide its customers with the warm, personal feeling of a complete home design that Dixon Smith herself worked to create. 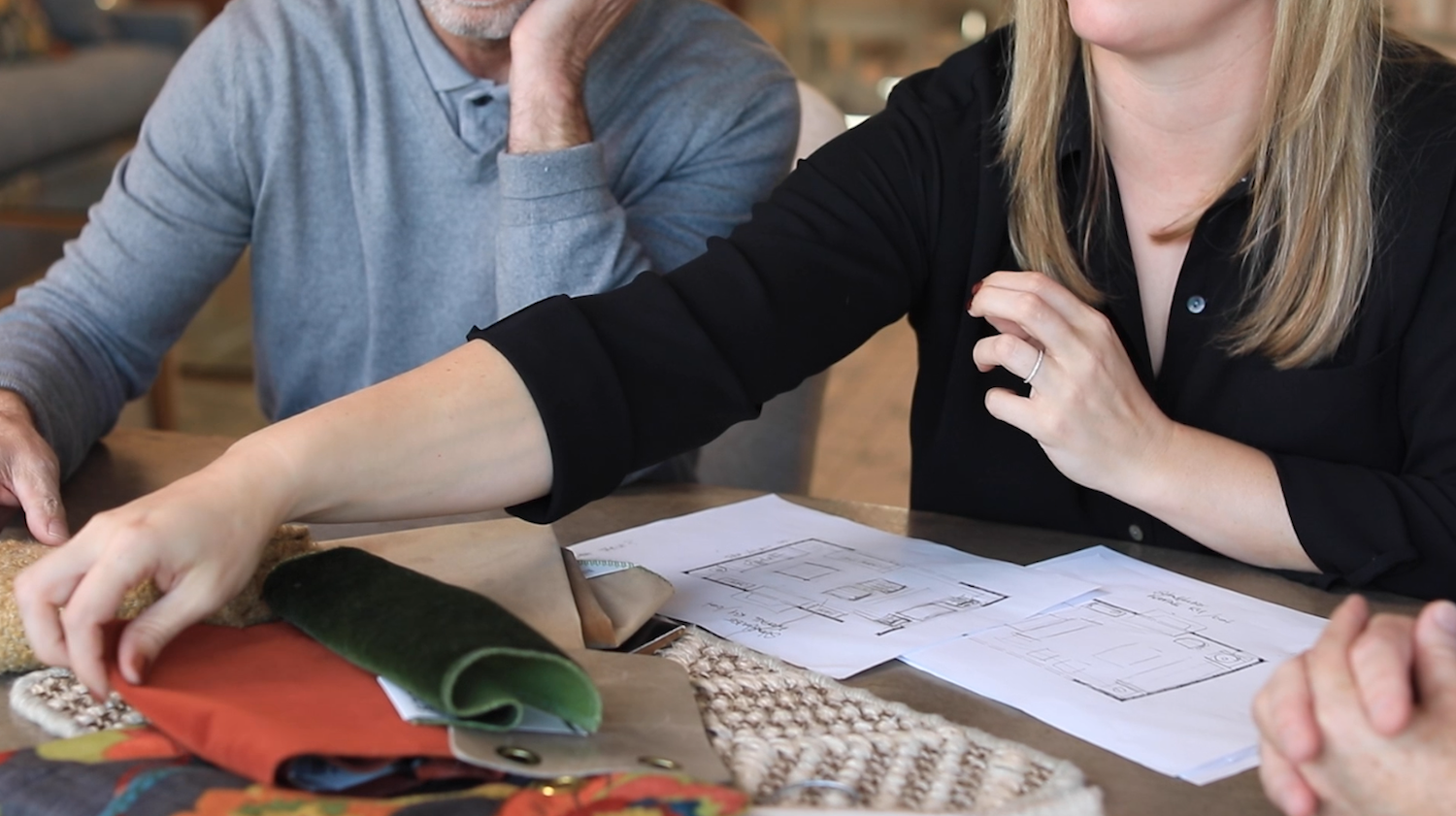 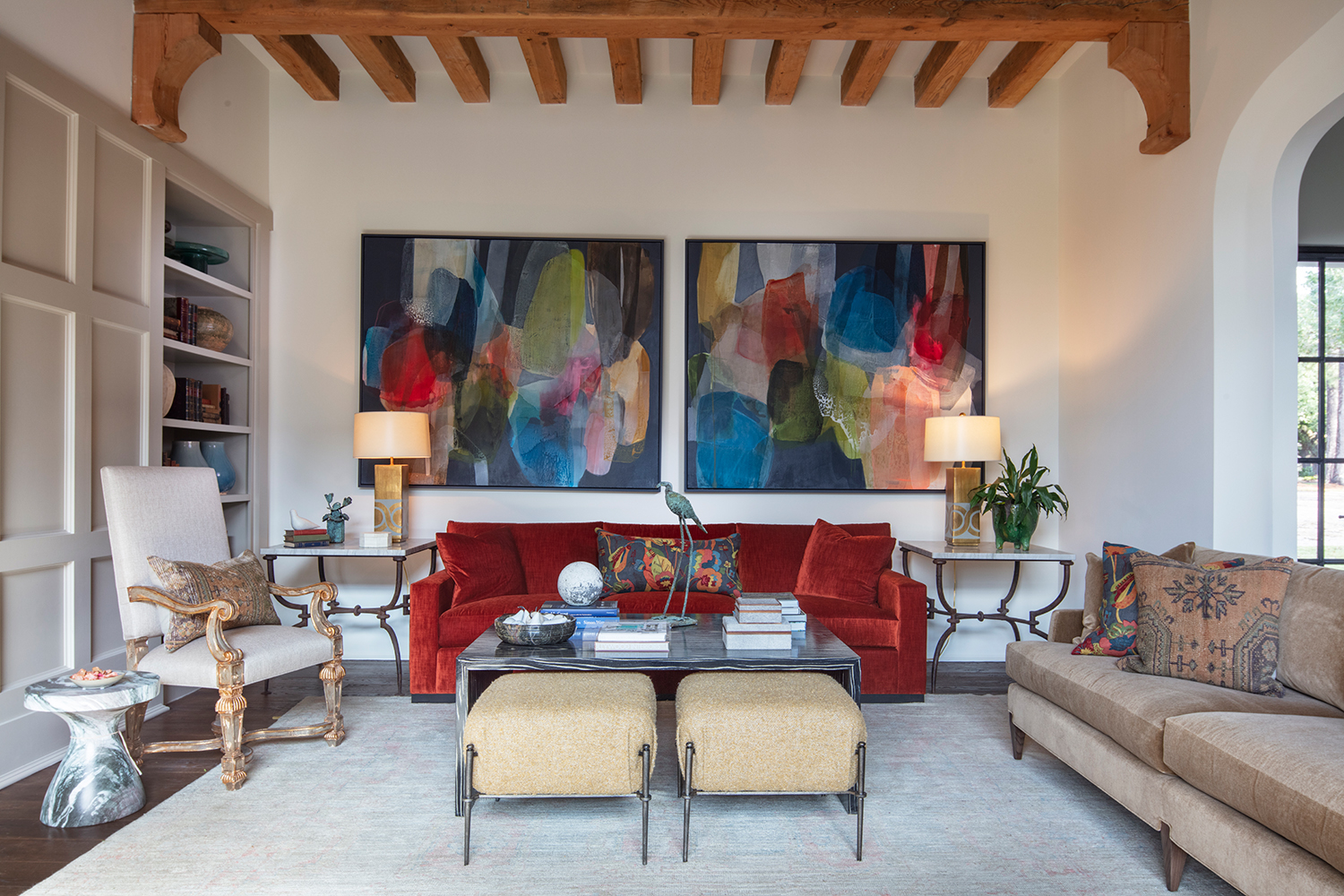 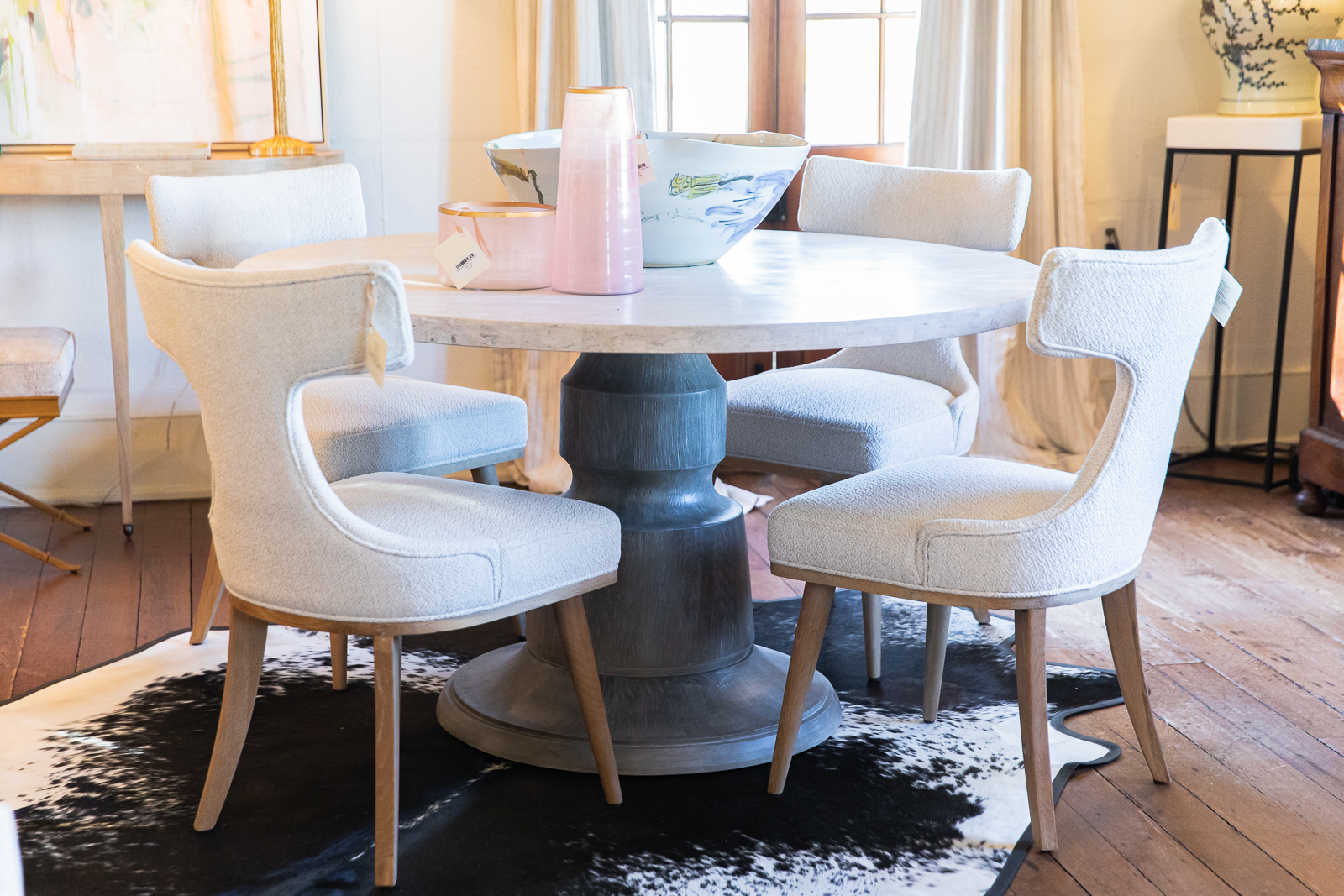 Step Inside Our Showroom 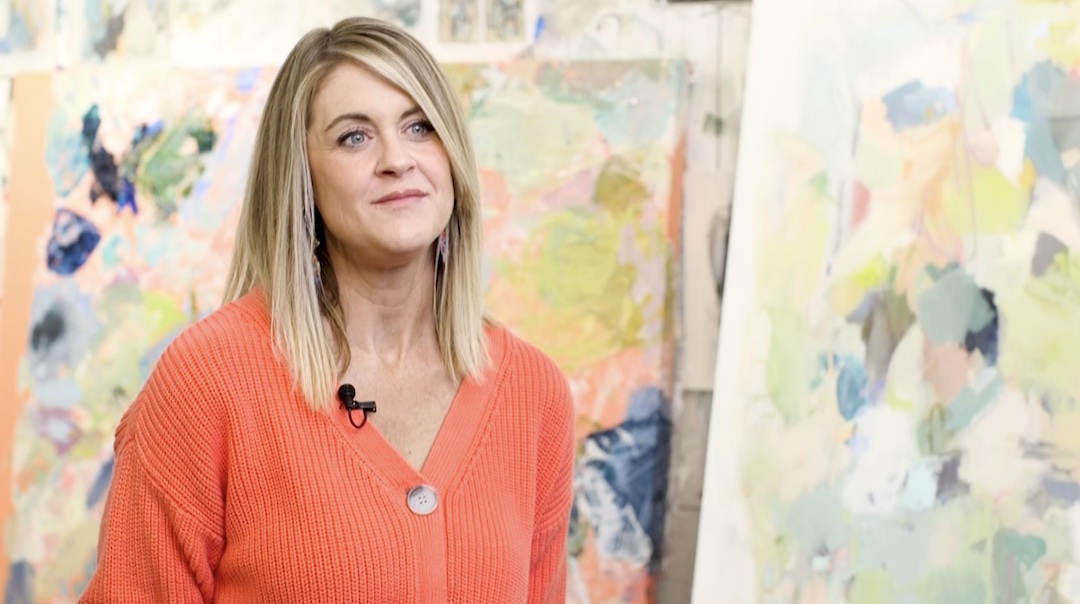